Purging
Purging took place over several days. My intuition was that there was so much clutter that Lisa couldn’t possibly know what she had. In fact, as she and I began sorting through the bins, we found many items that could easily be thrown in the trash, recycled, or donated; ironically, she didn’t want most of what she had saved.

In just a few hours, we were able to empty 16 cubes that contained everything from art supplies, schoolwork (much of it years old), books, clothing too small for the boys, and toys and sports equipment the triplets no longer used. Over the next few days, we eliminated boxes of wires, cables, and chargers that were obsolete and emptied two chests filled with empty photo albums and boxes that were serving as coffee tables. We gave away a giant trunk and its contents: home décor items that were cheap, old, and not Lisa’s current taste. We examined boxes of papers to determine what should be saved and created a filing system as we sorted.  We also discarded toiletries and medications passed their expiration date. Lisa purged clothing and shoes in her closets. In the end, we estimated that Lisa was left with only 30% of her possessions. 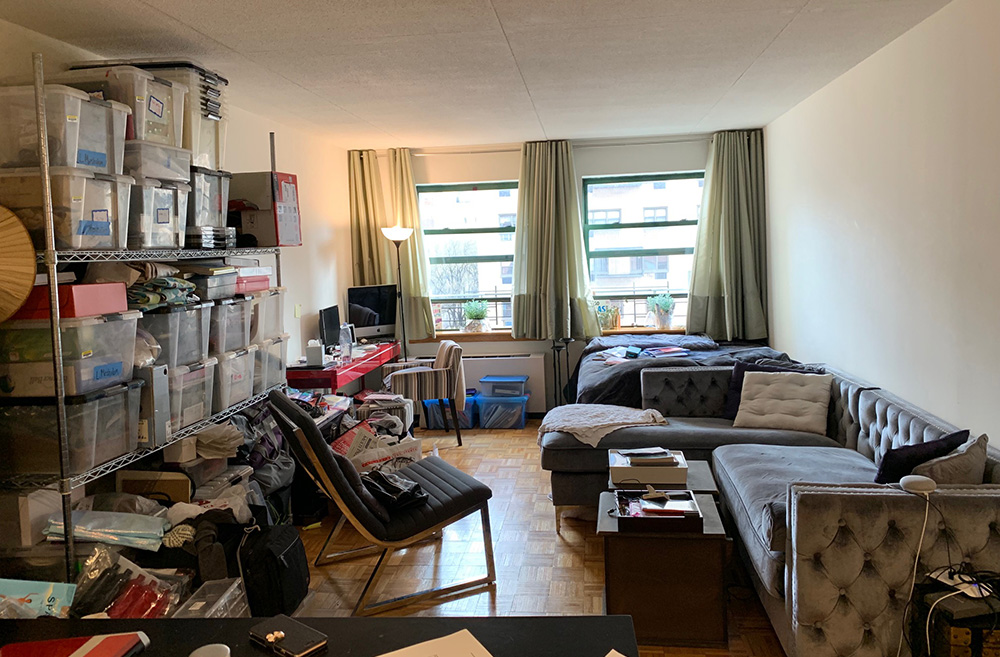 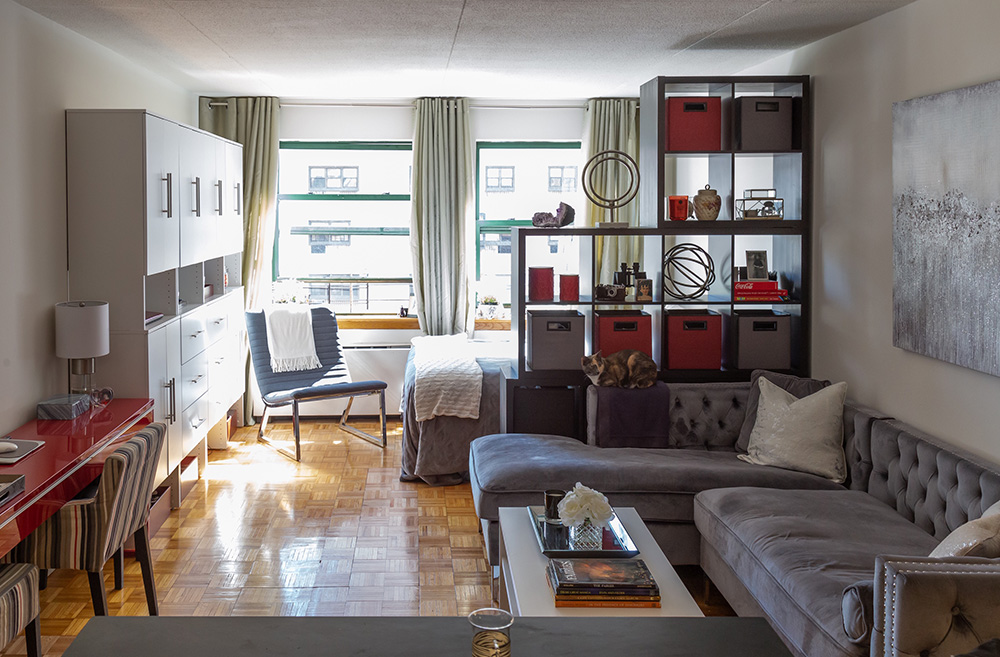 Furniture and Closet Plan
We decided to use the existing cube furniture (now empty) to divide the living room, so Lisa would have a “bedroom” with some privacy. The cubes would let light through even though they would be in front of the windows, and they would provide storage and places to display decor. We also repurposed two IKEA dressers that were in the hall closet: one was used in the boys’ room for their clothing and the other was used for household items such as tools and batteries.

ClosetMaid generously agreed to donate four Suite Symphony towers with a combination of drawers and shelves behind cabinets, a coffee table, a shelving unit that would be placed in the entryway, and closet components that would be used to maximize the space in her closets.

In Lisa’s clothing closet and hall closets, we raised a shelf and were able to add a second closet rod for double hanging. In one closet, we used a 25 shoe storage unit from ClosetMaid. In the coat closet, an extender from ClosetMaid provided much needed shelf space for Lisa’s boots. 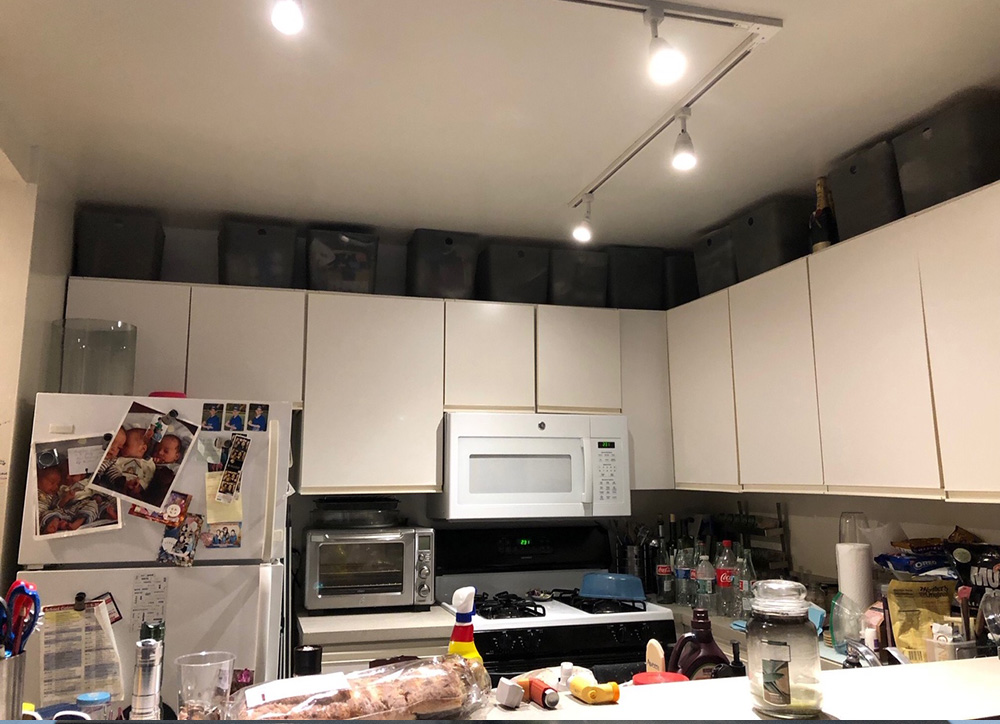 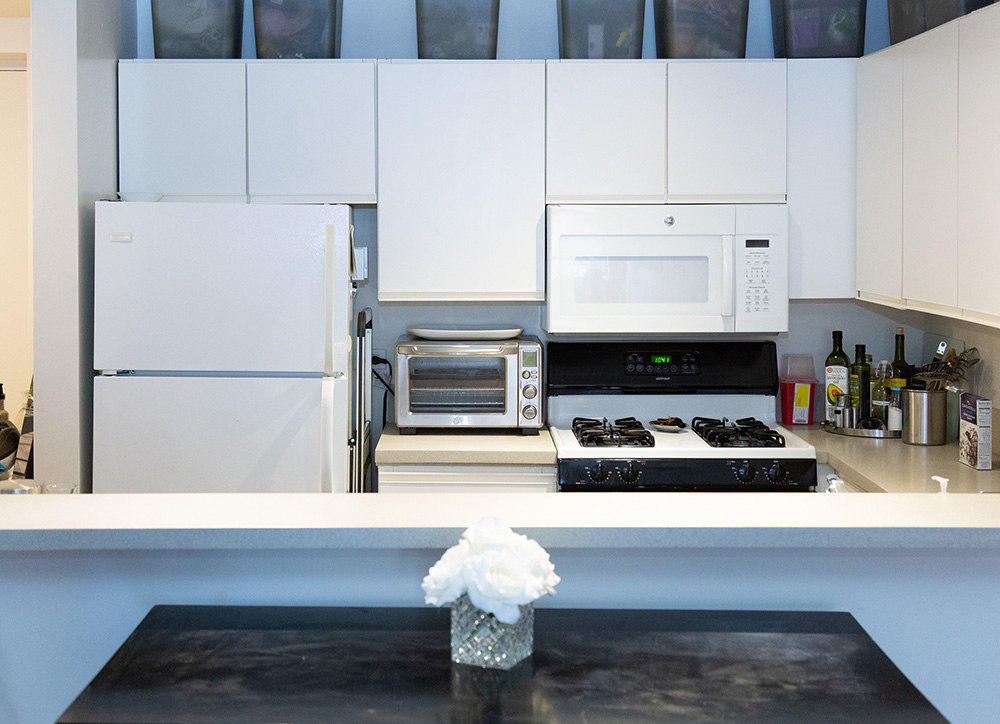 Organizing
Once we finished the purge and moved the furniture into place, we organized those items that remained: things that were truly wanted and needed. Lisa’s clothing was folded in drawers while the boys’ clothing was hung neatly in their closet. The kitchen was reorganized so that the counters were clear, food was grouped by type, and dishes and glasses could easily be reached. The boys’ art supplies were separated by type and labeled. Lisa’s desk, now a focal point of the apartment, was outfitted with organizers in the drawers for pens, paper clips, and post-it notes. Even the bathroom received a makeover with toiletries placed in a lacquer armoire.

Finishing Touches
Lisa’s interesting and eclectic items of sentimental value could finally be put on display. Sticking to a color scheme of red, gray, and white, we styled shelves with books, art objects, flowers, framed photos and plants. A tray and candle graced the coffee table. A new picture was hung on the wall above the couch. Instead of clutter and chaos, this apartment had finally become a home. 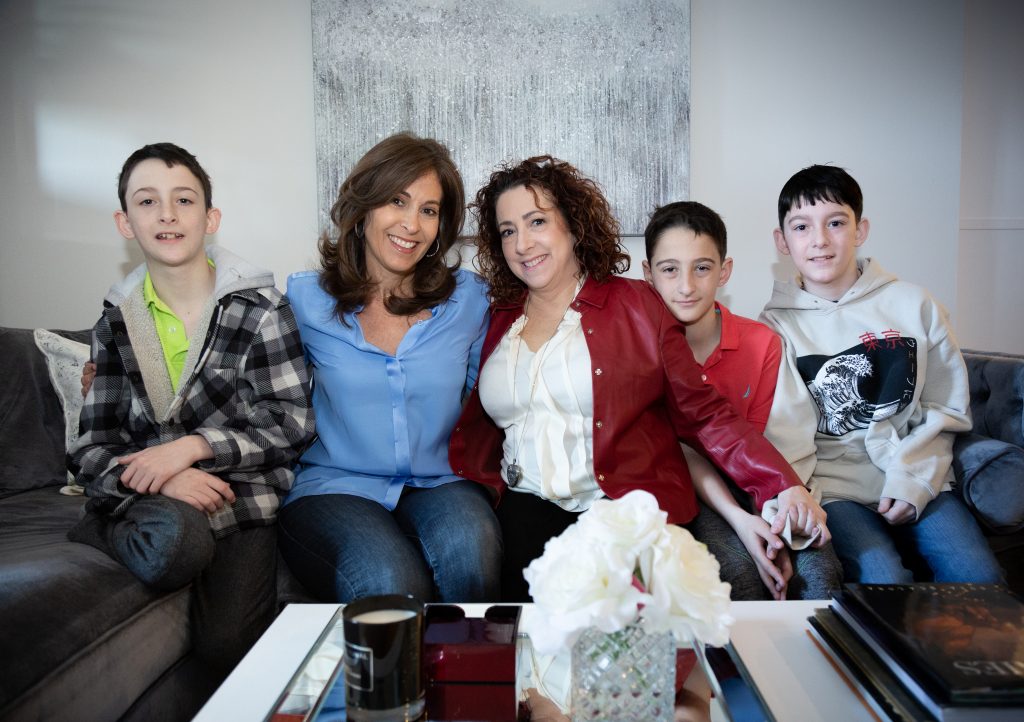 With Lisa Meshulam and her triplets (left to right): Lucas, Tyler, and Aidan